Politicians up for reelection this year went all out to promote their crime-meeting political rally. Rick and Lisa’s employees flooded large targeted sections of the community with hand-delivered flyers.

It was all over the big media. 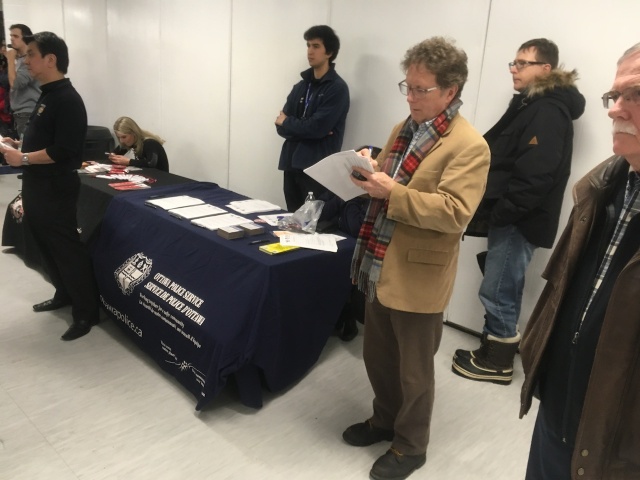 Kelly Egan covered it for the Citizen.

A controversial Egan column reported on carding, the “new bail climate” and residents’ fear of gang retribution (“snitches get stitches is not just a rhyme”) but the politicians and police carefully avoided these touchy subjects. 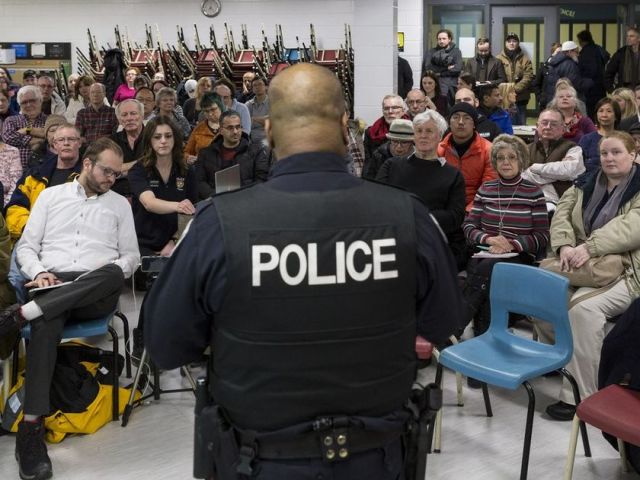 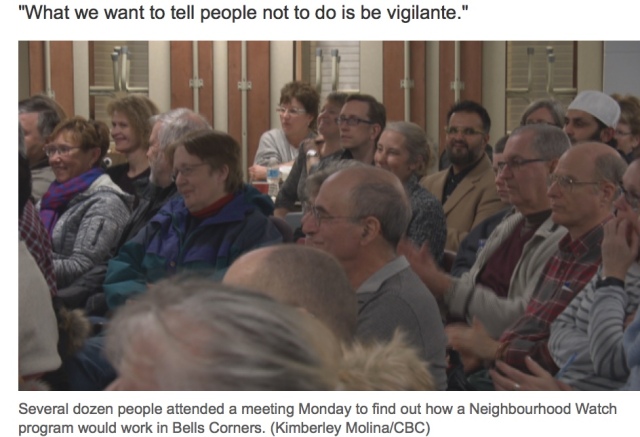 It was the biggest such gathering in Bells Corners since the Westcliffe debate during the last federal election. 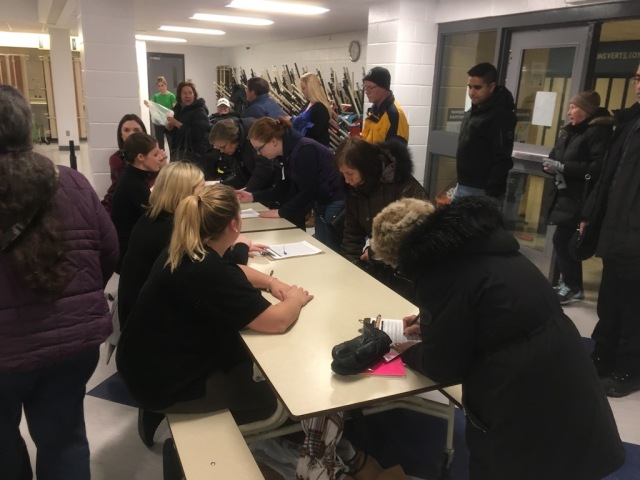 Signing in: Rick and Lisa harvest personal-info data for their reelection campaigns. 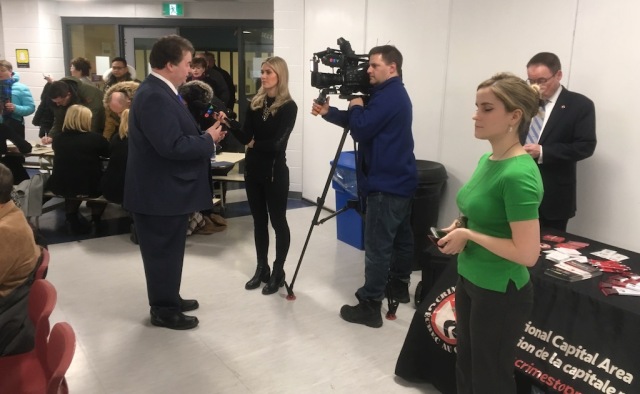 The councillor used his post-truth “This kind of thing does not happen in Bells Corners!” line several times during the event. 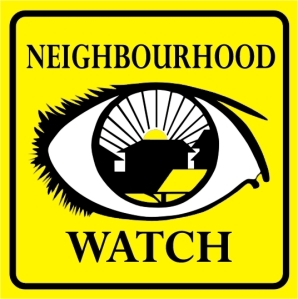 He again tried to sell Neighbourhood Watch as the magic bullet to calm crime jitters, boasting about his personal “success” in “cleaning up” Morrison Gardens. 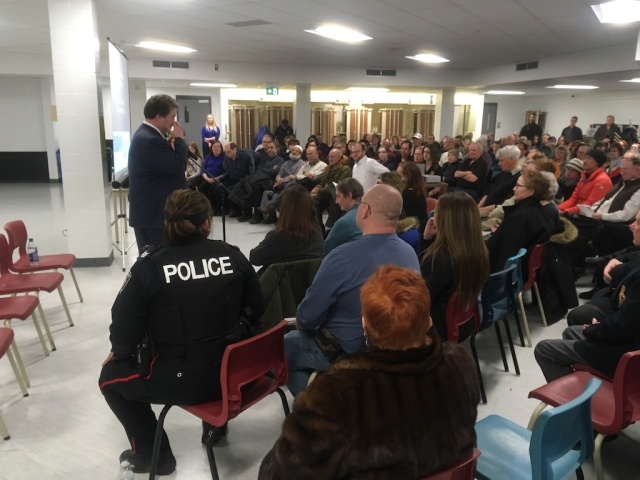 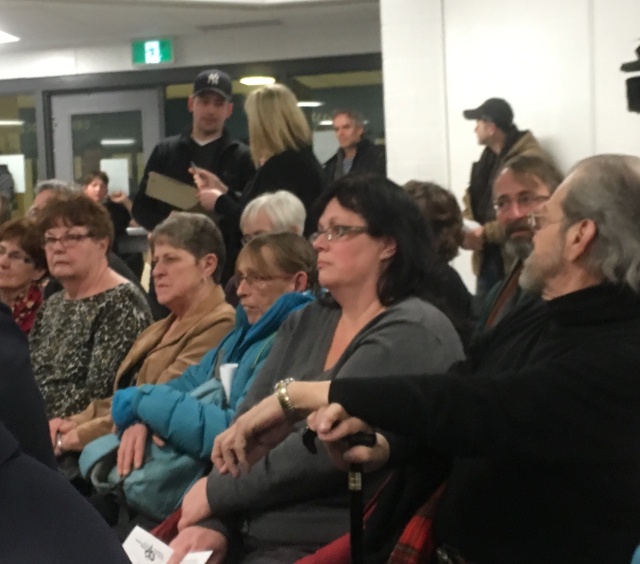 This guy argued for more police presence instead of a watch, saying there is no need to add another layer of bureaucracy. “It seems to tie up a lot of resources, a lot of money. What we really need on the streets is more policing,” he said.

Previously Chiarelli had called for increasing taxes to swell the police budget, but Chief Bordeleau and Mayor Watson put him straight at the pre-meeting strategy session.

Police union president takes a budget-busting shot at the chief, Watson and El-Chantiry. 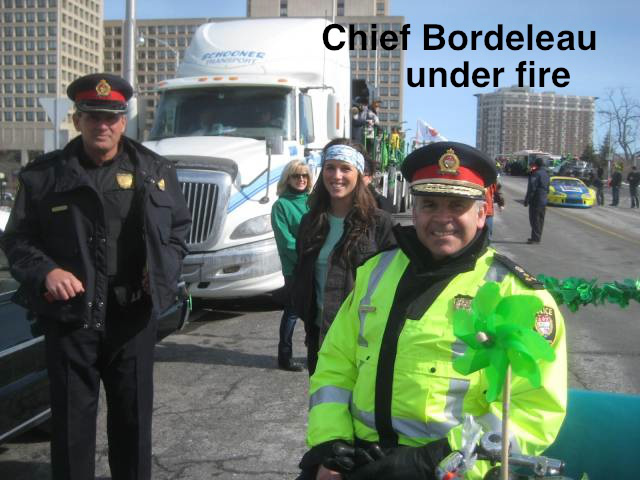 The rank and file want more boots on the ground.

Lisa took over from Rick and got the crowd fired up by invoking the ghost of Jan Harder. “Who’s with me?” she cried, asking for a show of hands after thanking the military, the police, the imam, crime victims and local businesses for their support.

Lisa lobbies the imam from the pay-as-you-go mosque. 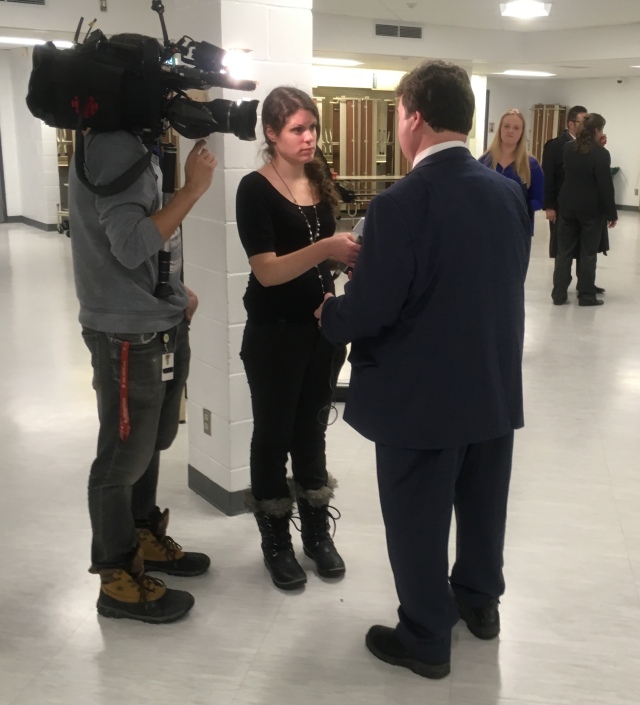 Rick does his “This kind of thing does not happen in Bells Corners!” bit for CBC.

Bells Corners MP Chandra Arya was ignored. No way were Rick and Lisa letting a hated Liberal anywhere near their mic. Especially with this stuff going on in Barrhaven.

MacLeod took a short break to fling a nasty tweet at Kathleen Wynne. Her army of  Wynne-hating followers loved it and piled on. 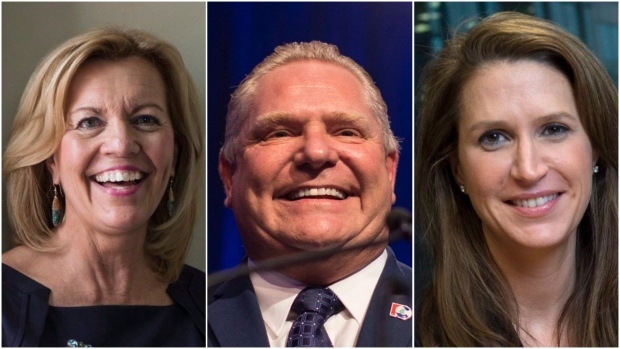 She’s paying it cagey but her heart’s clearly with Ford and Trump. 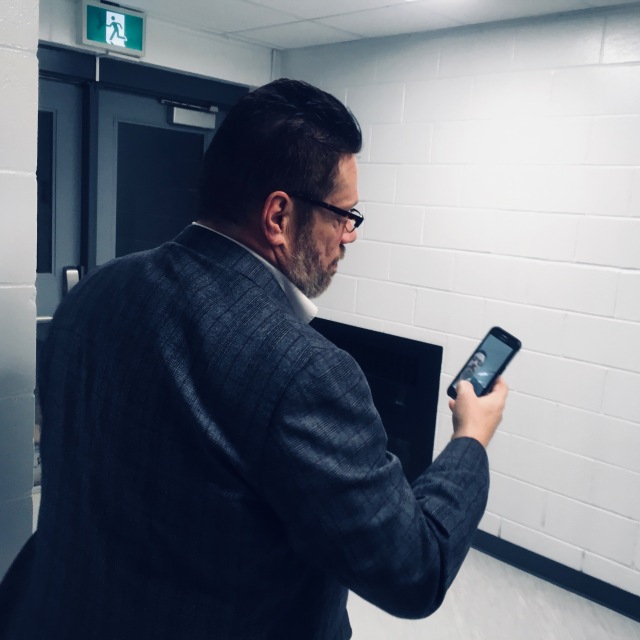 Talented Conservative wannabe politician Mike Patton was at the rally working for Rick. 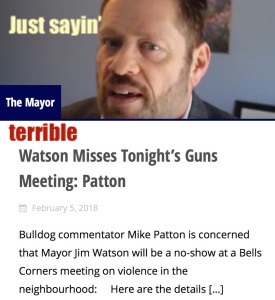 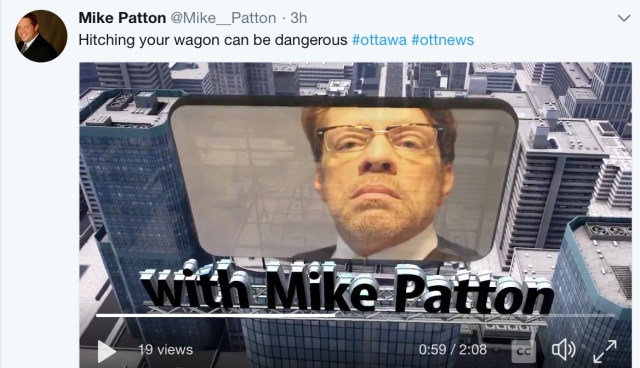 Patton and discredited Citizen journalist Ken Gray are behind the laughable Rick-for-mayor publicity stunt as they speculate on which politician will get “the women’s vote” and “the French vote.” Typical right-wing talk-radio stuff. 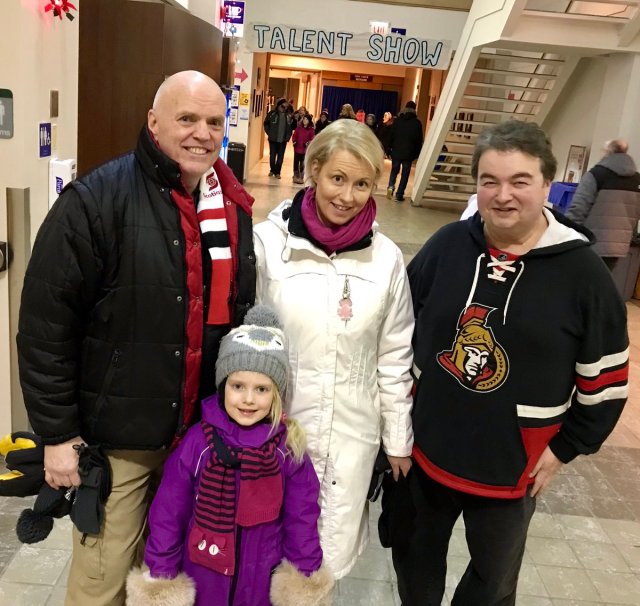 Their choice is White power. 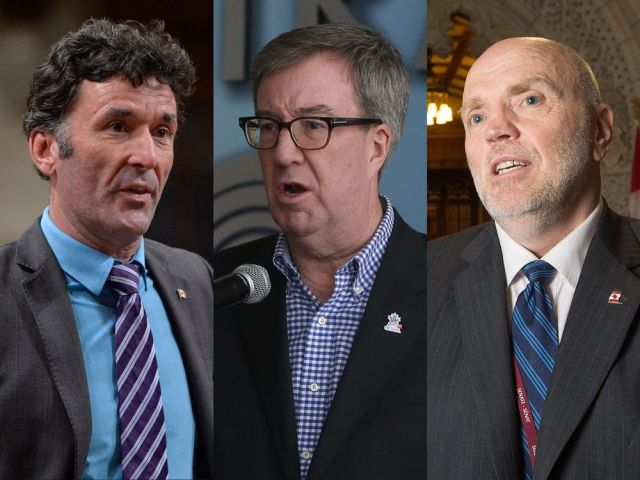 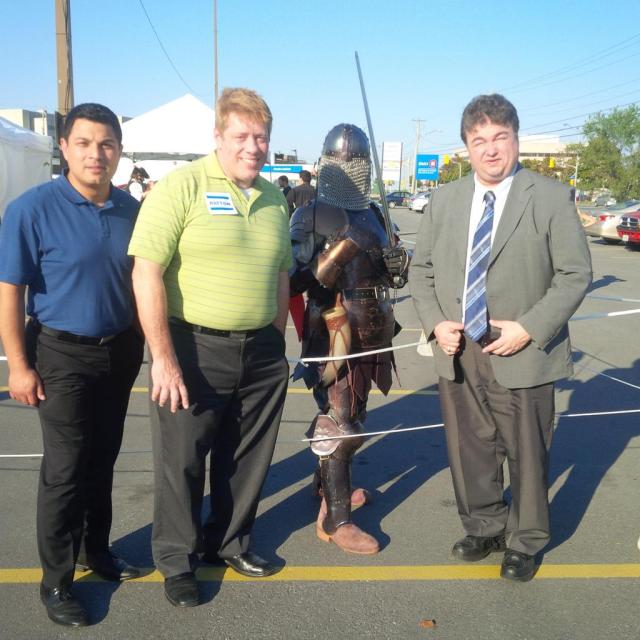 Will Patton find employment on Rick’s campaign for reelection or will he take another crack at River ward? 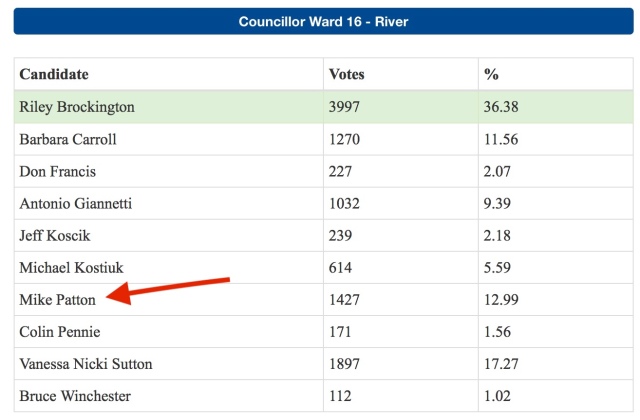 Maybe in Bay ward? A lot of politicians have their eye on Mark Taylor’s seat, especially if he surprises everyone and keeps his promise to not run again.

At this point the only “declared” candidates are Taylor and Cullen’s wives and that Guy guy. 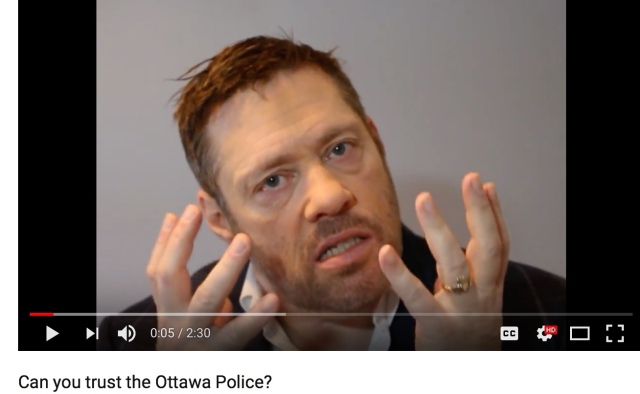 Patton worked in Rick’s office until the councillor appointed him as the first Bells Corners BIA executive-director.

But Patton was quickly replaced with Lisa’s protégé Alex Lewis.