A lot of people will be glad to know that Star Fries, located across the strip from the soon-to-be-demolished Tim Hortons, will be back next year.

Fans of Star Fries appreciated the friendly service, the excellent grub and the inviting seating area provided for customers, people waiting for busses, and pedestrians. It was a busy place, especially at lunchtime.

The father and son duo enjoyed the season and are looking forward to next year. Business was good and even the rowdies exiting the bars at closing time respected the family-run business – no graffiti, littering or vandalism to speak of. 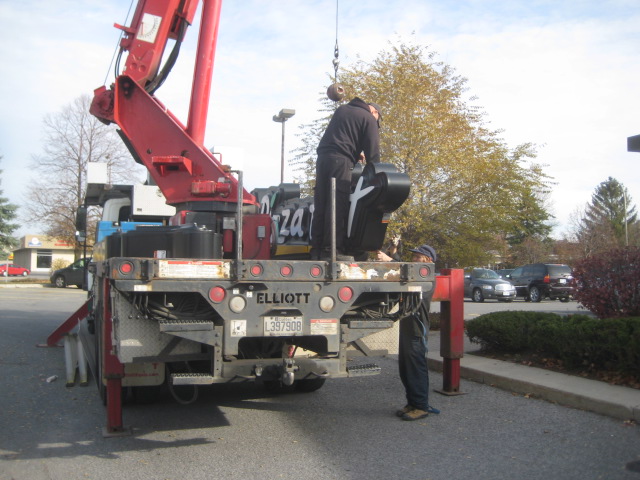 One competitor for the fast food dollar along the strip is shutting down. The venerable Bells Corners Pizza Hut is calling it quits. Was the BIA/Chiarelli Tax the last straw? It might be tough to find a new tenant, which would be bad news for the landlord (a numbered company belonging to someone of note?).

Hmmm, this must be the Rexall – five signs can’t be wrong. 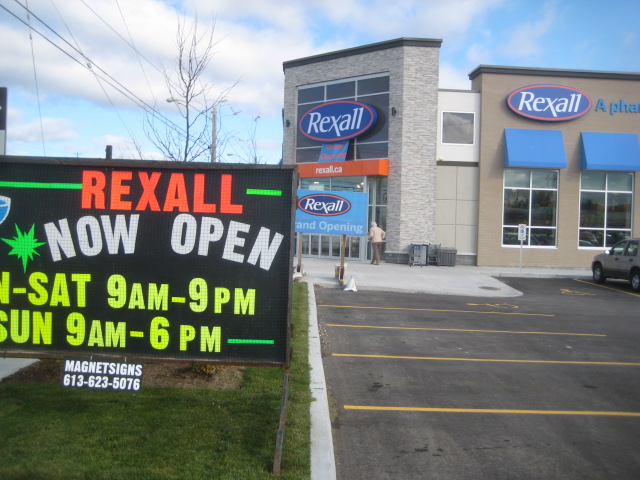 The Rexall is off to a bit of a rocky start – the double drive-thru idea hasn’t worked out. With only a few customers a day there’s barely enough business for one drive-thru, let alone two, so the outer lane has been closed and the infrastructure removed. Delivery trucks blocking the remaining drive-thru have also been a problem. 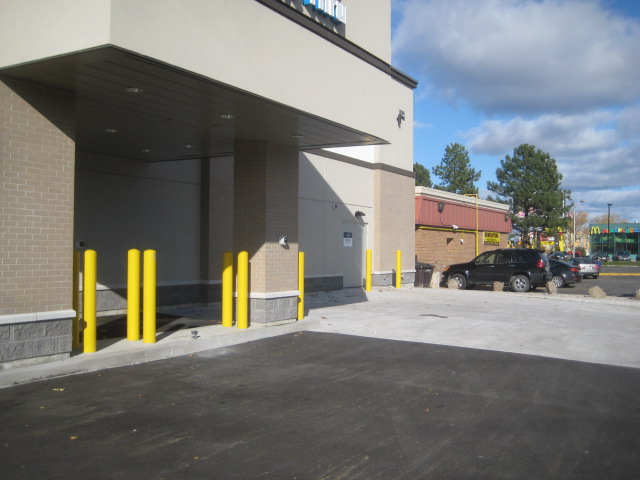 These Stillwater residents were visiting the Rexall on an excursion – that’s their bus in the background.

This guy gave the Rexall store the thumbs up. He told me that life is good at the Stillwater Retirement Community and that Bells Corners is a great place to live, in spite of the councillor’s machinations.

One last bit of strip news – the BIA got its hands on a grant (tax dollars) to put up some signs on the Moodie and Richmond train bridges, to be created by a Toronto media group that Alex favours.

Let’s hope the signs aren’t as crass as the sad BIA banners, which featured the ridiculous “Shop! Dine! Spend Money!” exhortations and the presumptuous “BIA welcomes you” slogans. The gateway signs should represent the entire community, not just the business owners. Alex has promised to “host consultations,” but consulting anyone outside of Rick’s inner circle is not his strong suit (look at the Lloyd Francis Boulevard fiasco!).